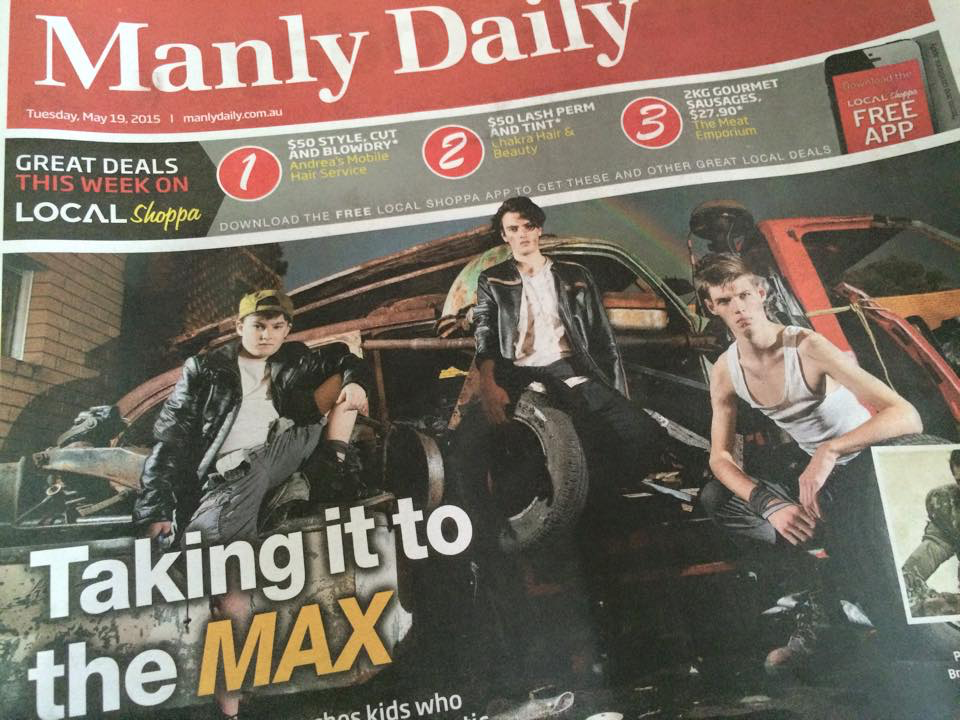 Taking it to the Max THE post-apocalyptic world of Mad Max couldn’t be further from life on Sydney’s northern beaches.
But four local boys have had a taste of it as extras in the latest movie Mad Max: Fury Road, which is getting rave reviews.

While the older boys are keen to see the film, youngest Paulo Lieghio, 10, from Curl Curl, will have to wait until he is much older to watch it, according to his mum Samantha Nimmo.

The actors, who include promising talent Nick Darvall, 18, from Cromer, singer songwriter and model Brandon Koolloos, 17, also from Cromer and singer Patrick O’Dwyer, 16, from Clontarf.

All four were put forward for the roles by Margi Coen and Andie Lovegrove, who together run the Seaforth based talent agency Coen Lovegrove Management.

Ms Coen, a vocal coach who has helped youngsters find success on reality TV shows, said producers were after a certain look.

The boys are all tall and slim and had to have their heads shaved, wear white clay body make-up, black eyeshadow and fake tattoos.

“Some of the older boys wore prosthetics which made them look like they had ulcers or sores, which they found very exciting,” said Ms Coen. ”

Ms Lovegrove, a former musical actor who helped style the Manly Daily shoot, said it was a real coup for the boys. “They probably learned more about professional acting in the few days of shooting than they would have in a year-long course,” she said.