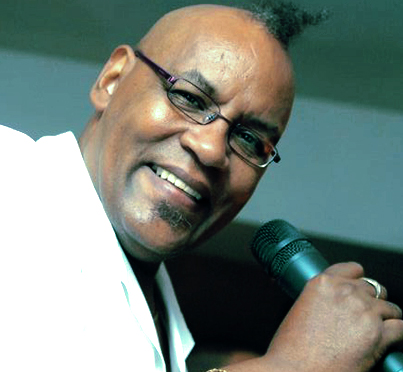 “The smooth, sophisticated style of Amondo’s voice will move your soul.  His talent speaks for itself”

Having headlined concerts, bands and played lead roles in musical theatre all over the world, Armondo is unquestionably a world-class talent. A singer, actor, songwriter and producer, Armondo has toured with Tina Turner, Diana Ross, Joe Cocker and Jimmy Barnes. He co-wrote ‘1927’s hit song You’ll Never Know and is as comfortable performing rock songs at Eastern Creek as he is crooning Nat King Cole at the Opera House. He has performed in Hair, The Caribbean Tempest, Bad Boy Johnny and Porgy and Bess and is best known for regularly stopping the show as Big Daddy performing ‘The Rhythm of Life’ in Sweet Charity at the Capitol Theatre, Sydney.

His recording of The Duke of Earl reached Number 4 on the Australian National Music Charts. The success of his single ‘Music changes the World’, led to a Royal Command Performance in London.  Other career highlights include a performance for Her Majesty The Queen at the Royal Gala Performance in 1988, performing to 30,000 people at Brisbane’s Expo ’88 opening for the Rolling Stones in Germany with Jimmy Barnes.

Armondo has also appeared at The Radio City Music Hall, and Madison Square Garden’s Circus in New York he his television appearances include Rove Live, The Arias, Good News Week, Good Morning Australia, At Home with John Mangos, The Midday Show, Hey Hey It’s Saturday, Don’t Forget Your Tooth Brush, The Denton Show, In Melbourne Tonight, The Australian Fashion Industry Awards and The Winfield Cup Grand Final with Jimmy Barnes.  Armondo is currently lead vocalist with his band ‘Armondo and the Funk‘O’Matics’ and in constantly touring in concerts all over Australia.