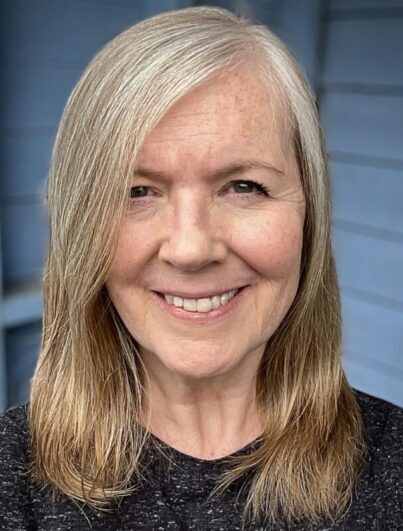 “After working for 9 years at the Sydney Vocal Arts Centre under the directorship of Margi Coen, it’s an honour and a privilege to be taking over from her as she moves to new adventures further north. Teaching is my passion and I love to adapt my methods to each unique individual student whether they’re a beginner or an established professional.”

Sam grew up on the outskirts of London and studied Musical Theatre at the Arts Educational College in the Barbican, London. Her career is a long and varied one as a Musical Theatre performer, concert soloist, session singer and recording artist. She has appeared in the West End of London as Fantine in Les Miserables, Jenny Diver in the Royal Shakespeare Company’s production of The Beggars’ Opera, Chess, Oliver!, Grease, Saturday Night Fever and Starting Here, Starting Now (also featuring on the original London production’s cast album).

Sam has toured the UK and internationally in many productions and has appeared in many repertory theatres in the UK in shows such as Little Shop of Horrors appearing as Audrey, as Dorothy in The Wizard of Oz, Rose in Andrew Lloyd Webber’s Aspects of Love, Laura in From A Jack To A King, Godspell and many more.

She can be heard on many film soundtracks with her favourites including Mama Mia (the movie), Troy (recorded in LA), Nine, Bee Movie, A Christmas Carol, 300, Transformers and The Night Before Christmas. While living in London she was invited many times to perform as a soloist in concert with the BBC Concert Orchestra, the London Symphony Orchestra and the London Philharmonic. She has sung many times on the classic BBC Radio 2 program Friday Night Is Music Night. Sam has appeared on the UK children’s television series Let’s Pretend, in TV commercials and in 2012, was the resident vocal coach for Channel 10’s reality TV show I Will Survive!

Moving to Sydney in 2008 with her family, Sam has enjoyed a full career as a vocal coach at various studios and schools and joined the teaching team at the Sydney Vocal Arts Centre in 2013.  She lives with her family in Avalon and is the parish singing leader for the Catholic Parish of Pittwater.  She runs a community singing group called The BIG SING which is based in Avalon and welcomes anyone who just loves to sing and have fun at the same time!