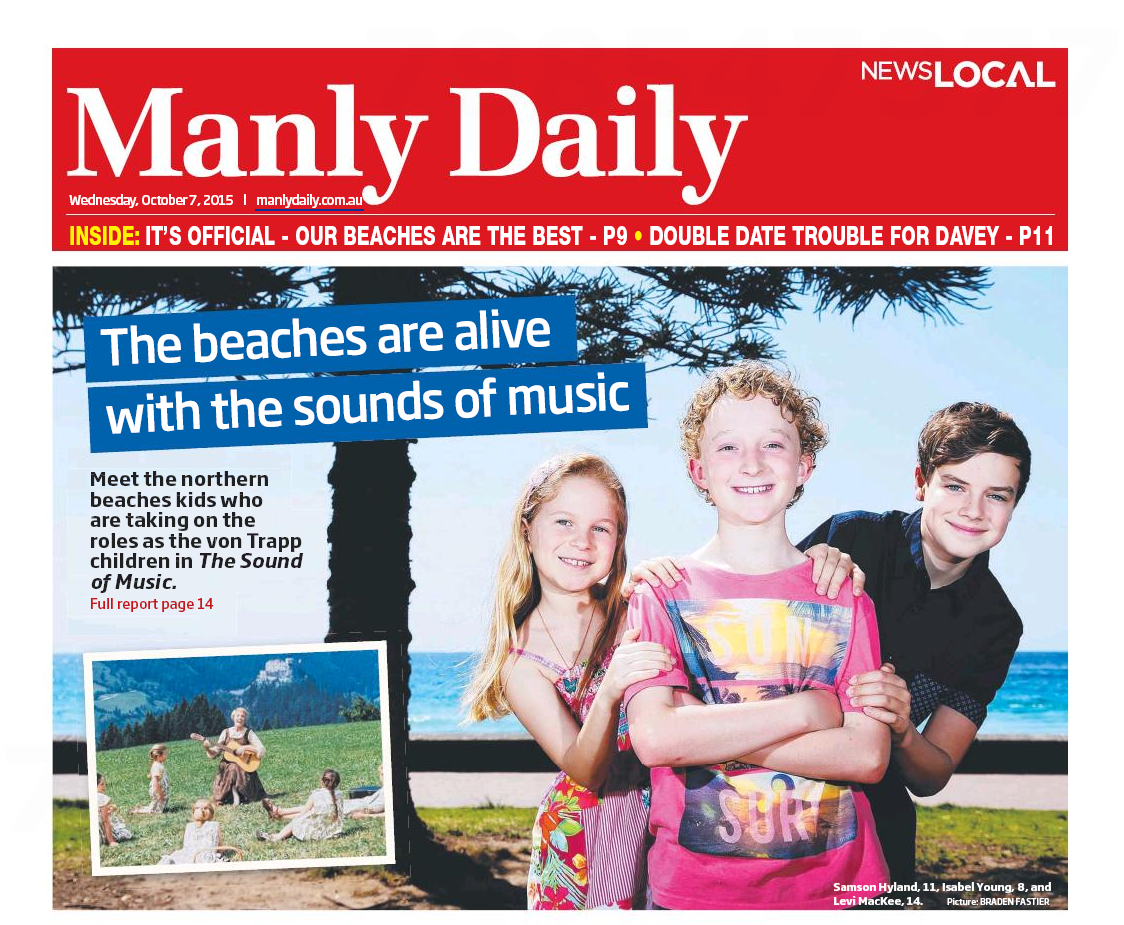 The Beaches are Alive with the sound of music

It’ll be the beaches, not the hills, which will be alive with the sound of music this summer after five peninsula children were cast to play the Von Trapp family in The Sound Of Music.

Fourteen-year-olds Jack Ingram, of Manly, and Levi MacKee, of Elanora Heights, will play Friedrich.
Louisa will be played by Natalie Theodore, 12, of Warriewood.

Samson Hyland, 11, of Balgowlah Heights, is playing Kurt and Isabel Young, 8, of Clontarf, has landed the role of Marta.

The children dazzled in the face of competition from more than 1000 hopefuls and will be among 21 children who will play the roles in rotation.
Levi’s and Samson’s parents are in showbiz.

Levi’s mother and father Robyn and Donal once ran Sydney’s Chaos Comedy restaurants and Samson’s father Simon starred in musicals, including Miss Saigon, and his mother runs a talent agency.

It is Isabel’s first experience of professional theatre.
Levi’s mum, Robyn MacKee, said: “We are ecstatic but it’s unexpected. This was his first audition and we prepared him not to get it. I’ll probably cry when I see him on stage.”

Samson’s dad, Simon Hyland, said: “We are not wanting to push him. He’s a great little actor and singer.”